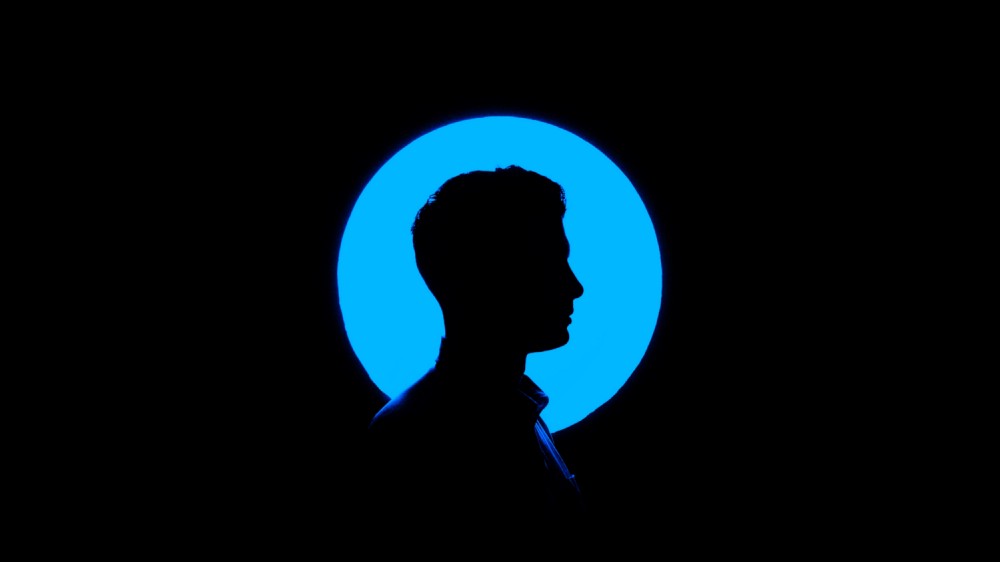 The Past, The Present And The Future of Online Identities

From chatting with strangers in early internet forums to modern social media and multiplayer games, our online identities are playing an increasingly important part of our lives.

Your identity is who you are and what you do. Your visual identity is how other people recognize you. This is what we will be focusing on in this post.

Ironically, the first phone call ever made by Alexander Graham Bell contained the words:

Our visual identity is an essential part of human communication. It’s how we represent other people’s identities in our minds.

With the rise of the internet, the need to express our identities virtually became increasingly important.

How have our virtual identities evolved since then? And even more importantly — where are they going in the future?

With the advent of BBS (1978), Usenet (1980) and IRC (1988), online communication was kickstarted. Creating a need to express our identities virtually.

Like everything else on the early internet, identities were represented as text. A username. A pseudonym. A string of characters that represent you in social interactions online.

Regardless of the simplicity of the visual representation, users felt a tight connection with their made-up identities.

An excellent example of the power of this can be brought from an even earlier time — from arcade games. Gamers could choose a three-character combination as a nickname that would represent their identities in the game. Making youngsters spend countless hours and money just to get their name displayed on the high score list. 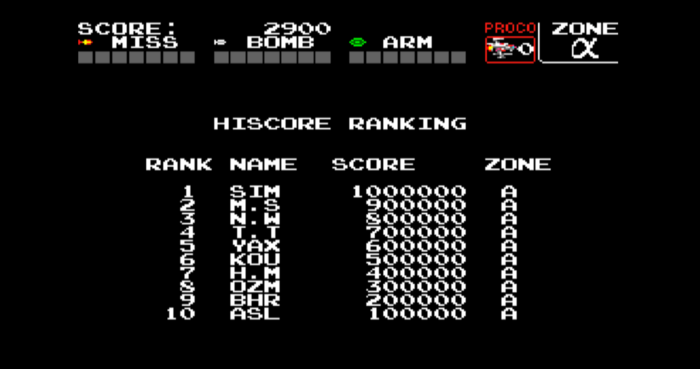 In early internet, users shielded behind an electronic mask of anonymity. Anyone could be anyone. An alter ego that they preferred. It was sometimes difficult to tell if you were striking up a conversation with a dog.

While anonymity can be useful in some aspects, it’s also bad in many others. It’s good because it makes you safe and more open. It’s bad because it probably makes you a prick — more on that in a future post.

In the 90s, internet forums became more visually advanced. The next step in representing our online identities was the avatar. Personal avatar icons — picons, that users could upload or choose from pre-select options on online forums.

The avatar represented user’s persona, beliefs and social status in the forum. It allowed other people to recognize your contributions without looking at your username. It was a much more visual way to express your identity and interact with others'.

The rise of social media changed that. Starting from Friendster and MySpace, people began sharing their real names, pictures, interests with other people on the internet.

To where we are now — there’s no limit to the amount we share about our lives virtually. Photos of vacations, our kids growing up. Our political beliefs and religion. 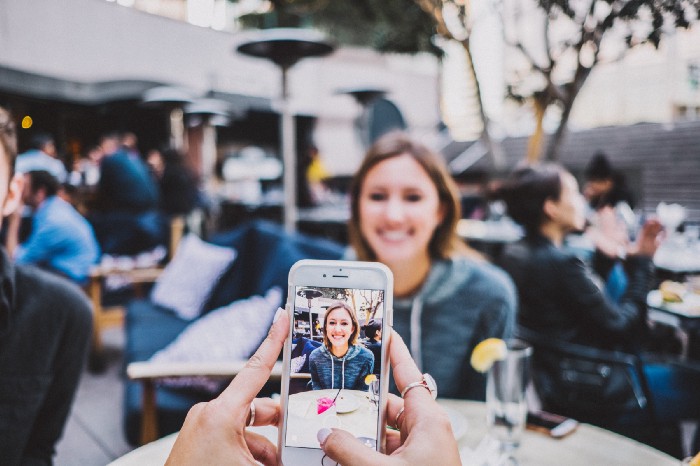 I’m not going to spend too much time here as this part is clear as it is. Our online identity today is our social media profile. A highly curated feed of highlights in our lives. This is how other people on the internet see us and how we see them. Facebook me, LinkedIn me, Instagram me.

BitMoji took the idea of having a personal avatar identity to represent you in communication online to the masses. Snap bought the company in 2016. It was one of the most downloaded apps in 2017 and now has more monthly active users than Snapchat itself. Yeah. People are using Bitmoji’s on their resumes when applying for a job these days. 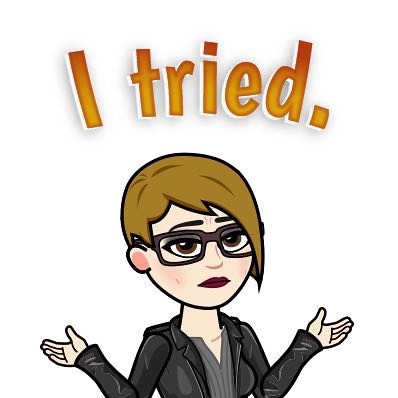 Not surprisingly, Bitmoji is also working on a 3D counterpart to the original stickers — initially seen on AR camera effects and recently in Snap Gaming.

Games are the new social media. Kids under 13 are spending more time playing and socializing in Roblox than on Facebook, YouTube, and Netflix combined.

Fortnite has similar statistics. And an even bigger user base of 200M monthly active users compared to Roblox's 100M.

Those platforms have become digital hangout places for the new generation. Much like basketball courts and skate parks were for the previous one.

Fortnite makes as much as $200–300M per month by selling visual avatar customization items that give players no advantage in the game, showing a glimpse of how connected users real-life identities have become with their virtual ones.

I’m a firm believer that over the next decade, online communication will become increasingly dominated by virtual worlds. Like Roblox and Fortnite perfectly illustrate, there’s already a new generation of native technology users growing up, spending more time in virtual worlds than on traditional social media and entertainment.

Facebook buying Oculus is also a step to that direction. They see the future of social media in games and virtual worlds and are making their bet. 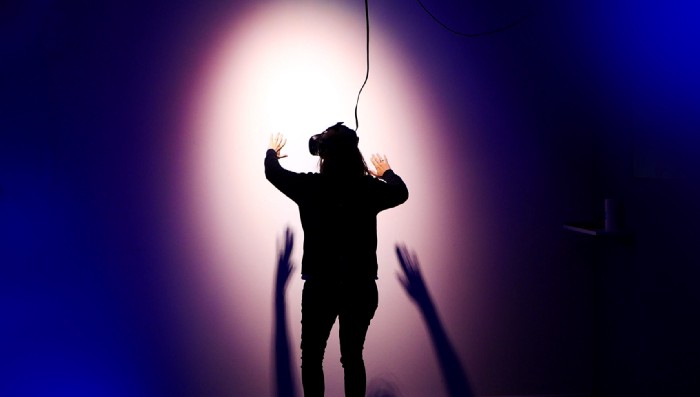 VR/AR communication is way more personal than a video call, or any chat or game can ever be. Meeting someone in VR feels like being in the same room together. This is not something any other form of virtual communication can provide.

Combining the immersive properties of VR/AR with the new generation of virtual world native users, we’ll end up in an interesting place.

How are our identities going to be represented in this new and exciting world? By virtual 3D avatars.

The identities of the new world

What will the future avatars look like? Exactly like people, they are representing? Or the exact opposite?

One thing is clear. Avatars are going to be the way we represent ourselves online in the future. And we will have complete freedom over the visual representation we will choose to have. You can be a troll; you can be a princess; you can be yourself. Or all of the above depending on the situation. 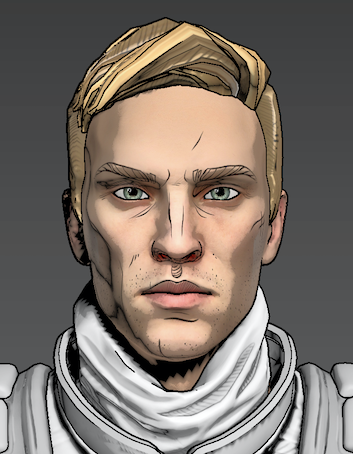 Like in social media, we will have different identities for different purposes. My business (LinkedIn) avatar will look like me in real life. My social (Instagram) avatar can be an idealized version of myself. A bit stronger and better looking perhaps.

This is the stuff that we are working on at Wolf3D. Building a personal 3D avatar creator that people can use for creating avatars that they love. Starting from a recognizable base and giving users the freedom to customize the style, appearance, etc to achieve the result they want.

There's a lot of interesting problems that need to be solved in the new avatar ecosystem. From creating personal avatars to privacy and handling the ownership of virtual assets — more on that in a future post.

It remains to be seen if those problems will be solved by a startup or a current major social/gaming player. Exciting market it is, that's for certain.