Fortnite And Roblox Are Changing Social Media As We Know It

Games are becoming the way kids communicate with their friends these days. Much like the previous generation used to do at basketball courts and skate parks.

Hanging out on a basketball court was never only about the game. It was about spending time with your friends and socializing. Having an activity to gather around.

In 2019, the same thing happens virtually. The activity is Fortnite, Roblox and a little bit of Minecraft.

The numbers speak for themselves. 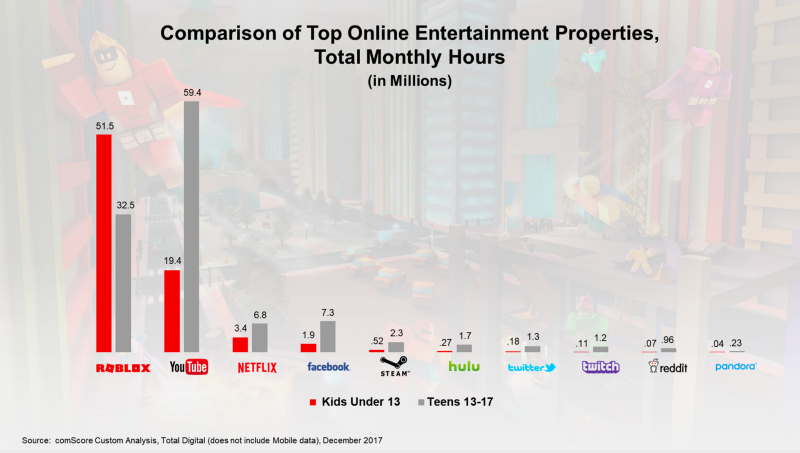 Kids under 13 spend more time in Roblox than on YouTube, Netflix and Facebook combined. Let that sink in for a moment.

Fortnite entered the scene and blasted to 250M monthly active users in under two years. It’s become a cultural phenomenon.

It took Roblox longer to reach the scale, but the numbers from 2016 onwards are astounding. The latest reported numbers were 100M active users in Q2 2019.

What makes those games so special?

They are the evolution of the basketball court. A virtual gathering place for kids these days. An activity to form friendships around.

I would argue that neither of them is actually a game. Both Roblox and Fornite are much more like social networks than they are games.

Here are 6 elements from Fortnite and Roblox that make them social.

Roblox and Fortnite are true virtual worlds. More like physical places to hang out than traditional games. 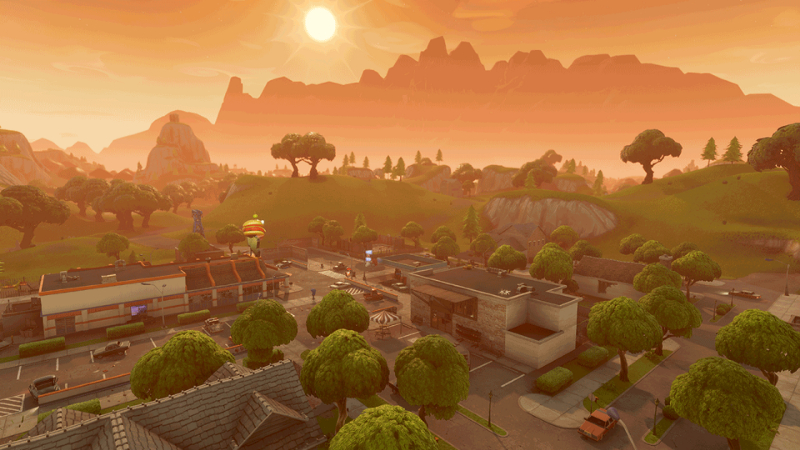 In a typical shooter, the entire experience is intense, fast-paced and focused on a single goal — kill as many opponents as possible. The maps are small and focused, maximizing contact between teams. In other words — not a good place to hang out with your friends.

Fortnite takes place on a beautiful-looking island. There players can explore and take part in any kinds of virtual experiences they like.

Roblox is a platform and doesn't create any of the games themselves. Games, worlds, and experiences are created by the community itself.

Unlike in traditional shooters, in Roblox and Fortnite there's a lot of idle time between the game. Most of the time is spent on exploring the world, collecting weapons and supplies, etc. This creates plenty of empty space for a casual chat.

When a kid is playing Fortnite you will realize that they are not that concerned about the game at all. The emphasis is on catching up with friends, discussing school and the latest in pop culture.

Those games provide a safe place to hang out, experiment and mess around with your friends. It's a social place. Like a basketball court.

Viewing virtual worlds as a substitute for a physical place and understanding its social value is crucial to realizing how significant the game experience has become.

The best social platforms find a good balance between content creation and content consumption. As with Fortnite, you start oﬀ playing the game — creating content. When you die you default into watching the rest of the battle — consuming content. In most cases you’re playing with friends so watching their gameplay is as compelling as playing yourself.

In addition to playing the game, Fortnite is also an awesome game to watch. It's the most watched game on Twitch, counting 275M hours watched in the last 90 days.

Sharing content and watching others play helps the community keep its culture. Helping people play the game better and teaching how to be cool in Fortnite.

Content creation and consumption have helped Epic with selling players on a digital dream. Exactly like plenty of social networks before. Even if you’re a nobody from nowhere, you have a tangible path to becoming the next Ninja.

If you’re good enough at Instagram, you can become an influencer. If your videos are popular enough on YouTube, you can make a living as a YouTuber. If you kill it (ha) at Fortnite, you can find yourself hanging online with A-listers like Drake. All you need is enough determination.

In Roblox, you can become one of the star creators of Roblox games and worlds, making millions even before graduating high school. In 2019 Roblox is paying out more than $100M to its 2 million creators. Most of them are under 18.

Both of the communities are driven by their vibrant communities of players and creators. In Roblox, all of the games, worlds, and experiences are created by the community itself. The players are the creators and vice versa.

Traditional gaming companies have a huge “hit or miss” risk with every title. And even then, over time almost all major games lose their popularity. Roblox is an organically evolving social platform, not a single hit gaming title. It's driven by the community and much less likely to go through the typical rise and demise cycle of a popular game. Who would know the communities' needs better than the community itself?

Epic Games is aiming in the same direction. Although Fortnite started with a “fixed” world, they have recently introduced the Creative Mode. It allows players to create their own maps, collaborate with others while building the environments. Eventually, sharing the new games and worlds with other people in the community.

They've created a persistent virtual world that’s always under construction by the community itself. It’s like Instagram or Twitter that you’re constantly refreshing because there’s always something new to see.

Fortnite helps people create meaningful relationships inside and outside of the game. Fan events and oﬃcial “/Fortnite/Friendlies” which are special events where all the people in the same physical space get matched into the same game together are a great way to connect with the community offline.

4. Gets better with more users

Multiplayer is even better. Winning a 100 person Battle Royale is hard. That’s why it’s better to team up with friends to form a squad. It’s more fun and your chances of ending up #1 are bigger.

Like other social networks, those games benefit from network effects and get better with more users. If all of your friends are playing, it becomes a default place to spend time and hang out. Both Fortnite and Roblox have achieved this by being cross-platform and free to play for everyone — much like a social network. This makes it more difficult for other similar platforms to come up and compete.

The Fortnite culture is spilling over into the real world.

Fornite's biggest early star Ninja playing a live match with Drake and achieving 627k live stream viewers. Marshmallow virtual concert with 10.7 million attendees in Fortnite. Kanye West taking inspiration for his “I Love It” music video from Roblox. These are just some examples of how ingrained the games are already in Western pop culture.

All of this creates excitement in players even when not in the game. It's become a cultural phenomenon that kids feel they have to be a part of. Me too, actually.

Both of the games have made avatar customization one of the primary monetization methods.

Player’s looks in the game is a status symbol. People want to customize their avatars to differentiate from others and have the coolest items. Walking around with a rare skin in the game is similar to uploading a cool post to Instagram and getting tons of likes.

The skins, in-game accessories and customization options have to be unlocked through gameplay or bought with in-game currency acquired with real money.

There's even a new form of cyberbullying that has emerged — the default skin. Players with default customizations are looked down upon in the game. It's usually a sign of a low skilled player — a noob.

The social nature of the games makes people spend time and money on acquiring cosmetic items that give no extra benefits in the actual gameplay. I guess you really don't want to be the default skin dude that nobody wants to play with.

The connections between players and their avatars will be increased further as the characters become more personal. Representing their owners' real-life appearances more accurately. This is the stuff that we are working on at Wolf3D — creating personal 3D avatars.

Both Roblox and Fortnite say they are “bigger than games”.

It's difficult to see kids “graduating” from Fortnite and Roblox and moving on to traditional social media. A 2D scrollable feed of Instagram doesn't sound so exciting after having grown up in a 3D virtual world.

There is something missing in conventional social media right now. We have social networks like Facebook, KakaoTalk, Twitter and Naver for communication. But they’re all based on text, pictures and movies. I think the next step is going to be having social experiences where you can get together with your friends in a virtual world, wherever you are,” — Tim Sweeny, Founder of Epic Games (Fortnite)

I think this is one of the biggest opportunities in consumer internet today. Building the virtual worlds and related tech people will use for everyday online communication in the future.