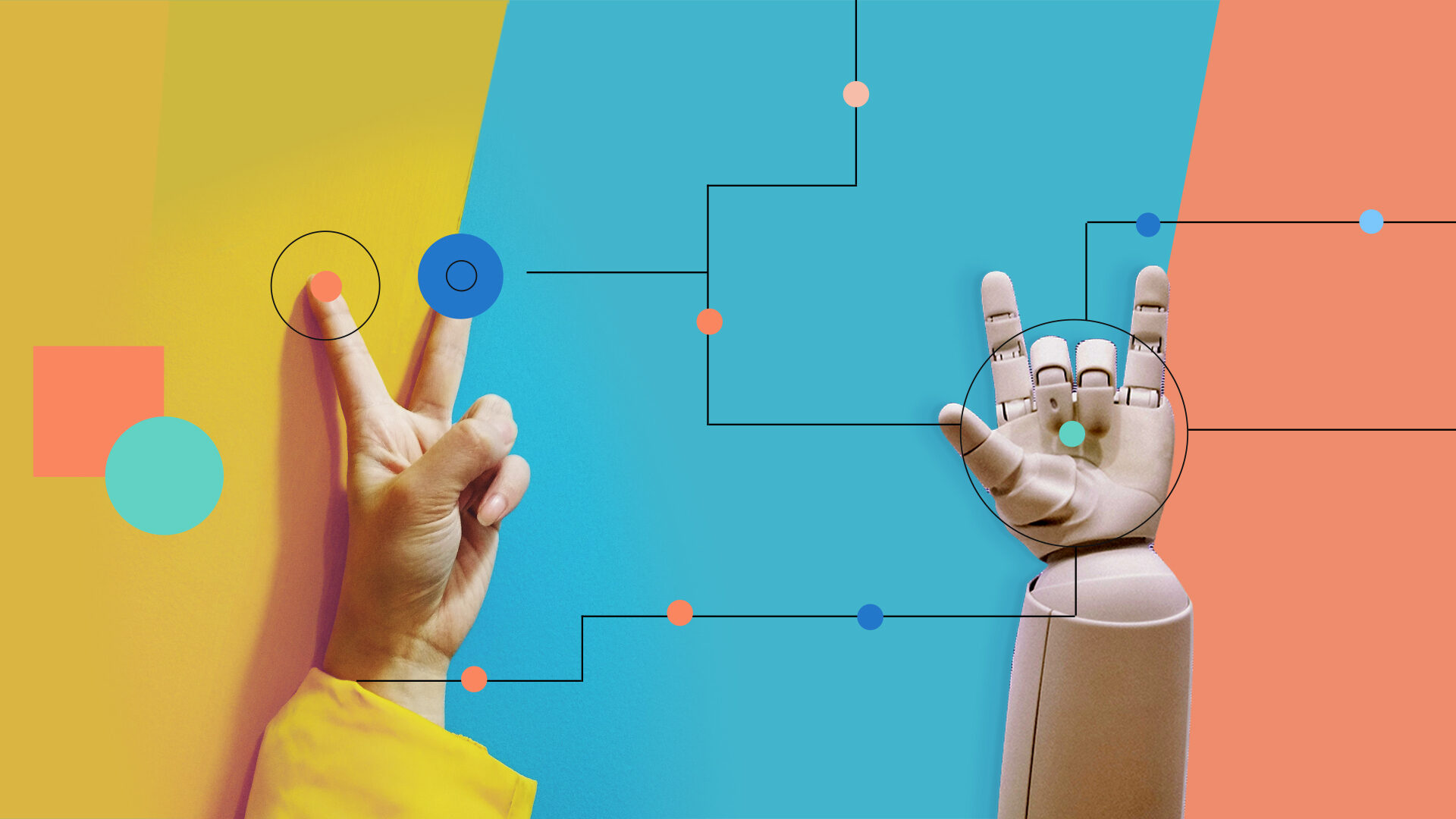 Q&A: The Future of Avatar Creation - An Interview by Samsung Next

This article is originally published in Samsung Next synthetic media magazine Component.

Digital avatars are becoming an increasingly important part of our lives. To learn more about their impact and how they are evolving, we spoke with Timmu Tõke, the founder and CEO of Wolf3D, a company that has a platform that enables consumers to create personal 3D avatars for games and virtual worlds.

To start, tell us a little bit about what Wolf3D does.

How did you get started? What was the idea behind this, and as an entrepreneur why was this of interest to you?

I was always into 3D stuff, and 3D printing initially. Then we built a studio to scan people as a service. We had a bunch of cameras, more than a hundred cameras, and we did it as a service. Then when Oculus was bought by Facebook, we realized that scans and avatars will become a consumer product in the future. We decided to make it easy, easier than a studio initially. We built hardware-based scanning booths. It was a photo booth that you could jump into, and make a scan. We collected tens of thousands of scans by doing that eventually. Then we found a way to use this data we collected to create a software-only product, which initially created avatars from 15 photos that were kind of realistic. Now, in the last year or maybe two years we focused on the one-photo selfie to an avatar solution.

What was that transition from hardware to software like? Why was it important for you to make that leap?

Our goal was always to scan essentially everyone in the world. That is, to make scans and avatars available for everyone, and then figure out what kind of digital experiences that would make sense for. That was five years ago. Now, it's getting a bit more obvious. It was a painful decision, but then going from hardware to software, it's fun. Operating just in software was easier, but obviously, we needed a different type of team. And we had all these hardware booths, and we had to put them into [storage], which was kind of sad... but overall, we got our product in front of more people faster, and it just made sense to make that leap.

When you talk about going from working with multiple cameras to creating an avatar from a single selfie, how do you do that?

It's super hard, but our history is helpful here. We have tens of thousands of combinations of accurate face scans of people and their corresponding photos. Because we have so many connections, we can build a deep learning solution that knows what the 3D scan of a person looks like based on a 2D photo. It took some time to make it work. That's just part of the challenge. That's just creating the realistic outer shape, but all the games in virtual environments have their own styles and looks, and we also have to support that. The second step is taking this kind of realistic avatar we create in the background, and stylizing it to make it match any environment. In some cases [the avatar] can be more realistic, sometimes it can be super animated-looking. It really depends on where you use it, and then that's also a very difficult problem.

How do you make these avatars look different from one partner to another?

I can give you some examples. We work with some VR meeting apps where they want a more realistic representation of the user because enterprises look at VR meetings as a Zoom call in VR. You can't go with full realism, because it makes the avatars look creepy, and there's an uncanny valley problem. There are all kinds of things that could go wrong, but you want to go more towards realism. You still have realistic face shapes, but you might add style as texture. There's a bunch of tricks you can do to make the avatar be easier to look at. Then on the other end, we're working with a game where it's super cartoony, which is very hard to obviously make look like a real avatar. There, you're putting it together from different setup pf predictions or parameters, not even a realistic avatar directly converted into a specific style. All of those different styles and ranges of styles have their own complexities. There's a lot of different problems you need to solve.

From a technological perspective, what's the hardest part of building an avatar just from a photo?

I still get surprised regularly about how hard it is. On the one hand, people are very different obviously, and you have to represent all of those different shapes, and sizes, and whatever. On the other hand, you need to create an avatar that the user likes. It's not just a representation, it's a representation you want to have, and you can relate to. It's a balance between making it look nice, making it look accurate, making it work with different styles, and making it work with different personal preferences. You have just one photo. There's literally no 3D information in it, and you have to generate an accurate 3D avatar from it. Then you can take that as a base for stylization. Whenever you miss anything in that process, then it gets really difficult.

As people build their avatars, what's most important to them as they create these digital representations of themselves? How do they highlight certain personality traits within these characters?

Initially, we started with hardware and making super-realistic scans of people. Then we built a scanning app that took 15 photos and made a very realistic avatar because we thought that's the right way to approach this problem. Then we realized people don't want to be exactly like themselves. They want to be slightly better, or different, or whatever… but they wanted to be an idealized version of themselves. I think people look at creating their avatar as they look at creating their social media profiles. Instagram profiles, for instance, are a very curated version of your life. In the same way, I think people want to have an avatar that is a very curated version of their identity. It still is you, but it's a version that is a little bit aspirational. What we learned is that realism is something a lot of people naturally think is the ideal or the thing to strive towards until they see real users. It took us too long to learn that. The other thing is that you want to have a different character or a different look to the avatar depending on what you use it for. For instance, I want to have a badass warrior avatar for a shooter game. I want to have a cool looking, formal avatar for a team meeting. Depending on what you’re doing that day, I think it's like going to a wardrobe in the morning and thinking about what you're going to wear.

Why do you think there is a shift happening from using real photos to more of a digital representation of yourself?

I think people are more aware of privacy, and who they want to share what with, and your identity is you. It's your most precious asset. I don't know the right way to say that, but you get the point. An avatar gives you the opportunity to show your identity as much as you want. You can put it in there. It's still you in a way, but you can abstract it enough so it's safe. You still have this barrier, although it's fairly personal. It's personal enough to be relatable, but it's not creepy or too out there, right?

I think, when you look at what kids under 15 do, they spend most of the time communicating in Roblox, and Fortnite, and Minecraft, and other games. I used to hang out on a basketball court and a skate park with my friends. That was the place where we hung out and socialized. These days, it’s games. These kids are used to playing games together. That's the main way to socialize, even when they're together physically, they play games together. I think that's massive because in games they have their different identity. What I'm very interested in is seeing is how's that going to affect the time when they become adults and start working together, because they're used to having an avatar identity. They're used to using a virtual world for communication since they were literally small children. I doubt they will graduate to Zoom and Instagram. There will be some virtual worlds that they will start using for work or for communication. And I think over the long run, people will have a very small circle of people that they will physically meet and interact with regularly, just their family and close friends. Anyways, I think that's the general direction and I'm excited to see what's going to happen.

What makes you optimistic about this technology, and about the shift to more online communications?

I think it's a more equitable way to do things, where location doesn't matter that much. We can virtually go anywhere, meet anyone in the world. This is already a very, very, huge thing. First, people can live where they want. Second, it doesn't matter where you were born. You're born in a virtual world. You can do any work, anything, go anywhere. I think that's amazing. You can communicate with anyone in the world and it's not based on location. That's a big thing. Also, today social media is very passive, and not a natural thing to do. You just go there and broadcast some stuff to a lot of people. This is a very weird kind of interaction, where you like or react to someone, then you feel like you’re friends, and that's not how people are used to communicating. In a virtual world, communication is much more natural. You're on a joint mission, you play a game together. You're trying to solve something together. It's more of a real social interaction you would have in real life, but it's virtual. I hope this makes people happier. I hope this makes a better virtual experience overall. It makes you able to connect with more people over long distances, and really connect, not just post stuff and get likes.

Thank you for taking the time to speak with us, and good luck with Wolf3D.

It's a pleasure. Thanks for having me.